Travellers and the Power of the Media

This is my first ‘non brain tumour’ post I have written. But I feel my experience of having major brain surgery and all the people who could have judged me (but didn’t!) and all those who still judge me now, has made my view on judgement even stronger than before.

A couple of weeks ago on a Friday we had a group of about 60 caravans turn up at our local recreation ground. I was initially alerted to this on a local Facebook group despite the gates of the park only being about 200m from my front door. The posts were all along the lines that “the p***** have arrived” and how they caused ‘serious destruction’ ...by breaking a rotten signpost and opening a (possibly unlocked?) gate! 😐

The hate and ethnic racism in the community shocked me.

We live in surburbia in Surrey – the posh part of England (although I am not in this league by any means) and I know many around here live in their own little bubbles protected by money away from the reality of life that many of us face. But the instant disgust, anger and fear against these travellers even daring to use ‘our’ land was palpable.

Anyway, me being me, I still walked my dog round the park - around the outside of the caravans, still used the outdoor gym and even went and said hello to one of the women there. I only saw one other local resident in the park in the two days, everyone else had disappeared.

But I had no trouble, saw nothing too disgusting, just rubbish (most of which was in bags and that could easily be cleaned within 5 minutes by all these people if they wanted to) and mud where the water tap had been left on (by who?) next to the cricket pitch.

Online I heard that other ‘bad’ incidents had happened, but I did not see them. Was I just lucky not witnessing any problems? Or was it as I didn’t judge them, and smiled as I walked past that they didn’t judge or attack me either? I hope it’s the latter.

But online the hate and saying that these people are ‘all’ awful and “they should be thrown in the North Sea” etc is seemingly more than just racism that has gone on for centuries, much of which has improved, but is the same as any ‘target’ our government and media doesn’t want us to like. The media is like this now, just in the same way it has been throughout history when they wanted one group to hate another and go to war… 😠

So why don’t the elite and media want travellers?

My thoughts are this:

So I wonder how much of this hate and racism is allowed to continue, as well as temporary transit sites are removed, insisting travellers 'have' to travel each year, just as it’s a good plan not to encourage more people to become travellers of any type, and to try and encourage those that do travel now into houses? 🤔

Do the people that run this country want us all tied down, needing to pay our mortgage/rent, council tax and bills, kept in work they hate for fear of losing it all?

Where they dare not do anything about things that the Government or authority do that they don't agree with as they cannot risk losing the investment of their property, or lifestyle?

I believe there is far more to this 'hate' of gypsies or travellers than we are told.

But since my surgery, I try not to judge people. We have no idea from a look, comment or simple action if that person is being hateful on purpose, has never been shown or treated another way or is nothing like we have been ‘taught’ they will be. I have not lived their life to judge them, or even listened to their story...  Just as I ask you to not judge them (or me) either… maybe you would think and act differently if you had? 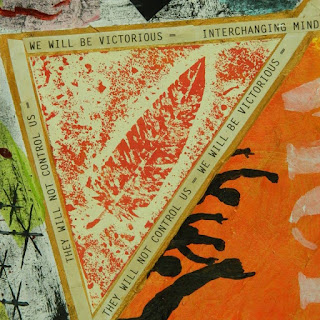