The Worst and Best Year

Not sure exactly what I want to write, but I just feel SO emotional. Like I could cry a river from all the emotions I feel right now, over the past year.

I don’t think its sadness – just enormous gratitude, relief, letting go of the fear, exhaustion (physical and mental), love, tinged with a bit of frustration as to why the world can be so evil and why others can’t see this way…

I finally got my driving licence back, hence I managed to go to FMG. (The group is energetically based on the pioneering work of  ‘The Journey’ by Brandon Bays and on the power of stillness for deep personal and spiritual transformation.)

I haven’t been able to go for a whole year and longed just to be allowed to ‘be’. Laugh, cry – whatever – it’s all OK! To be with others who ‘get it', get that emotions are OK and try to build spirituality into their lives.

It feels like I have sobbed since I let the floodgates open there. I still have so much I need to release.

Saying I had brain surgery still feels like it happened to someone else, but I have this fuck off great scar on my head, a hole at the front and numbness to remind me. Daily. Hourly. Every few minutes.

But the really, really odd thing is… that despite all those crap feelings, the lack of being able to discuss it, the whole experience when looked at as ‘one’ has been positive.

Or as the quote on Facebook said the other day…

"This year has been both the worst and best year of my life."

It actually seems a little mad saying it’s the best year – but I was given another chance of life. And that’s got to be celebrated!! 💖

Thing is, as totally terrified and scared that I was – I never thought that I was dying. Maybe I was and people never think that they are? Or maybe, deep down, I just knew it wasn’t my time? My fear took over at times – yes. I was so scared of what could go wrong. Numb from the shock. Had panic attacks so constantly that it seemed like they were normal days.

But after the op, that I knew I had survived it and had my angelic shadows in the room. I know there is something bigger than me, or what humans see on earth. We get support. There is a bigger plan. 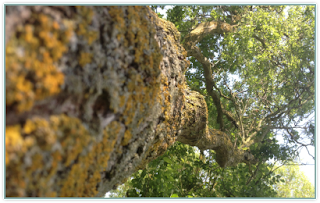 I am still Jo

So it has taken me this long to put pen to paper again.
I’m not sure if it’s laziness or fear of crying a river if I truly feel the magnitude of emotions I have now and have felt over the past few months.

But I think I have had to shut part of me away, for I wasn’t ready to cope with it.

Only today, 7 ½ months after my operation have I dared look online at where the muscles, nerves and skull actually are in your head. I wasn’t able to look and deal with it before. And now I know – there is basically one big nerve running up the back on each side of your head. And mines been cut…

I didn’t realise this before or just after the operation (I’m not blaming the surgeon – he probably told me. I just didn’t listen. I wasn’t ready.) Only the day after the op did I realise they cut my neck muscles to get in my skull! (Ahh! That explains the huge neck pain and swelling!)

Yet I still thought the numbness up the sides and top of my head was an after effect of the op, but that it would go with the swelling. Damaged tissue or something.
But when I went back at 3 weeks he told me that the main nerve was cut. I would always have a numb patch, although the other nerves would try and compensate in time.

I know I should be grateful it is one of the worst side effects, but it was totally a bolt inside when he told me. I didn’t realise before, but I would never feel my head properly again!

It sounds stupid, but I had to mourn it. I was in shock. As he said it and the reality sank in, once again I was trying not to just be a blubbering wreck. I could feel my eyes welling up and I just had to bite my lip and not express the enormity of my emotions. But even as I was hiding the tears I also knew that I was so thankful for what I still had (The tumour had gone. I was OK) and not what I hadn’t now got. And the enormity of that gratitude also hit me at the same time, and so I wanted to cry tears of joy too!

Sometimes I feel it’s a circle of feelings:
Itching – what feels like it is under my skull and I cannot scratch it.
Tenderness – where I feel like I have a bruise near where the plate must be.

Numbness – that if I lean on the ‘wrong part’ it feels like my whole right side of my head has an ½ cm thick layer of papier-mâché on it, it all moves and ‘digs in’ as one plate. Catching my hair makes it feel like this.
Nerve pain – where it feels like my hair has been ripped out and is sore.
Itchy scar at front – but the scar is too deep that I can’t touch it. 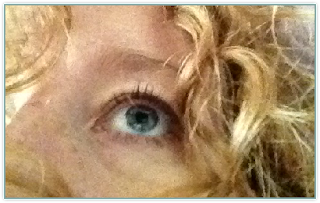