I am now almost three years post op, and frequently listen to loud music at various pubs or clubs as my husband (and son) play in Rock Covers Bands. Most of the time I feel fine, and enjoy it. I might not be able to stand just in front of the speakers, but as long as I am not too close for too long it is great to get out for something enjoyable.

I have been doing this most weekends for about three years before I knew about my tumour, and just a couple of months after surgery went back to going out again most weeks.

I do find that I wobble a bit more at the end of the gig than I do at the start - the music and the fact it is often past midnight has taken its toll a little! But being in a pub with people drinking and I don’t think anyone notices. 😂

But last weekend I had total brain over stimulation!

I had been to 3 gigs for 3 nights in a row. Helping set up, checking things and remembering to put out band cards, take photos, post on social media etc; talking to people while the band are playing and packing most of the equipment away after (I am sure people laugh at my clumsiness as I pack away 😀 - but I am just happy I can still do it! 💜)  then driving home in the early hours of the morning.

I know I am not playing but I feel ‘on alert’ in the fact if there is an issue I need to sort, as well as often sitting by myself and having to talk to people who ask about the band- so I can’t just be rude! (I like talking to most people anyway. 😄)  Yet it’s certainly not as relaxing as listening to another band play, although I do still enjoy getting out and watching them.

So after this long weekend I knew I was tired, but at the time felt otherwise ok. Then Tuesday morning I just felt shattered, when I eventually got up I just felt slightly dizzy and unbalanced again - my body internally moving to the left, my scar area all felt tight and sore and I could feel the tightness and numbness without even touching my head. I had odd sharp pains in my head and neck as well as an occasional dull ache, plus I had the brain fog back again.

My body felt it had gone back to its lowest level. 😟

I mostly accepted this - knowing I have had this before, knowing it goes and that I just need to rest.

But every so often the memory of being like this before the tumour sprung into my mind, reminding me of that fear of being so ill and no one knowing what was wrong. Making me wonder if I was really getting worse again, could the tumour be coming back?

By Friday, I still had some odd spells where I felt ‘wrong’, but they were lessening again and I felt less tired - plus I just kept reminding my rather forgetful brain that I felt like this last summer, the winter before, the summer before that etc.

Many days have been tough since my brain surgery.

I made sure I had a sleep on Friday afternoon, but that evening the music was just too loud. On my already sensitive brain after an hour or so of playing I could barely cope and I had to sit a way back from the music. Yet when I sat where people were talking, the noise of their voices was as hard to cope with as the noise of the music!😧

The memory of the night, not long after I first knew I had a tumour, when I tried to go to a gig and ‘be normal’ in an attempt to switch off a bit kept swimming through my thoughts. The noise had been hell, I literally got there and felt like my brain would explode from the ‘far too loud for my head’ music, when I had to leave after a couple of songs, in tears, not knowing if I could ever be ok again, terrified and knowing I needed brain surgery in a couple of weeks…

So on Saturday I sat there and tried to focus on the words, trying to reassure myself I had been here many times before and always came out the others side just fine. I was over-fatigued, it isn’t a sign the tumour is back…

Afterwards when I got home my brain almost felt like it was buzzing. I was exhausted yet couldn’t switch off enough to sleep deeply and so woke several times in the night. I slept in until about 10 am, decided to get up and sit in the sun for now and sleep later. Sitting in the sun with the light in my eyes and I felt I was switching off, finally relaxing in the warmth after a long winter. 🌞 As the sun disappeared behind the clouds I went inside and slept for about 4 hours on the sofa.😴

Thankfully last night was late again, so we didn’t even leave until 8pm, but there was more music - albeit lots quieter! And I didn’t find it too loud, although I did feel quite low in energy. I didn’t get back until bed until after 2am (which was 3am due to the fact the clocks moved forwards with BST) and refused to open my eyes for more than a few seconds until almost 11am- which was still less than 8 hours sleep.

I am still a bit worn out and wobbly.

I guess it's no different to having a 'weak leg' after breaking it ... but if you had broken your leg you (and others) would allow for it to gradually heal, and the fact you may always have a limp or some pain is accepted!..

My skull was broken into, my brain was injured and I even have a piece or two missing! Of course it will take a long time to heal and whilst I know it is getting better, if I do too much - it reminds me it’s weak.

It causes side effects in all sorts of ways, often just when I think things are improving ... 😕

I just need to remember this and be kind to myself.

And if you see me at a gig...
You will now know I'm not drunk, grumpy or stupid... my brain is still healing, and sometimes that's physically and emotionally tough.

Why are some days this exhausting?

I have had a tough couple of weeks, actually it’s more than that but my timescale is totally messed up and Mañana might as well be imprinted at the bottom of my email and to do list!!

But the ombudsman letter really got to me.

It feels like they were saying I was lying, that I wasn’t that ill after all and I should be fine now, and I am a nobody anyway, so fuck off and shut up.

I don’t even deserve a decent apology, much less pay for them to back expenses for my private doctor and scan, and certainly not any kind of compensation for the extra agony of being stuck of the sofa for a few extra months… the fact they didn’t even review my complaint letter properly or address the main issues I had with HOW they expect a patient who has just had brain surgery to know how to write the bullet points correctly 😲 …


Once again if you are poor and cannot afford to pay anyone to support you… you are worthless.

I have felt it.

Then last week I had the most snotty, tickly nosed cold going… felt like my eyes wanted to stream all day and that I wanted to constantly sneeze. Combined with a husband who also had the same, along with blocked sinuses - so he couldn’t breathe out his nose and snored all night keeping me awake … and I was shot. Or wanted to be!

But over the weekend I felt better and so on Sunday spend a couple of hours sorting out my Facebook posts for my brain tumour page: JoBarlow  - It's all in my head  I always save posts from my Facebook or elsewhere when I see them and then after a couple of weeks or so, schedule them to post to the page. So I did this, about 5 weeks’ worth, as I hadn’t done it for a while and the scheduled posts were due to run out in a couple of days.

Last night I had also remembered to write a list of urgent ‘to do’s’ and this morning did many of them… almost a couple of productive days. 😊

Then this afternoon I was looking at adding a post I had seen and wanted to share. Scheduling it to post on the one day I had kept spare in March (purposely for this item) when on it I realised it said #BrainTumourAwarenessMonth, so thought that it would be a good idea to add this hashtag to all the rest of the months posts.

But as I got to finishing editing number 31, I clicked on one of them to check something and realised it had my words, but no link to the article underneath, the link had disappeared as I edited it. I then checked the other posts and they were ALL the same… unless I had fully written the post myself without a link, I had somehow deleted the most of it!!! 😭

I tried to go back and look at the edits, but it just said I had deleted a link and I could find no way of getting it back…

So I go on my computers history and do manage to find some of the saved articles, but the majority were in my saved items on Facebook, which was now empty as I had deleted them as I posted … and so I got a blank link! NOTHING! 😭😭😭

Two and a half hours later and I am thoroughly pissed off … it didn’t take me this long to post them originally, but even taking this long, I still have lost most of the links (I could find about 10 in my history, but many of these were from posts scheduled for April that were still there anyway!) I got SO confused working out which I had done, what days were empty and everything. 😖

Wondering why the fuck was I even bothering?
Does anyone even read them, or care?
Do they help anything or anybody?
And after all, I am not earning any money from this – and I could seriously do with some.
Should I just abandon it and do something else?

But then I realise I had a simple task of (re)posting a few Facebook or website links and I totally messed it up… I couldn’t even be employed at this, something I often feel I CAN do? If I did this to someone else’s Facebook page, I would be sacked on the spot…

I then had to print off an email and in doing so the printer jammed totally stuck with paper wedged inside, and I could see no obvious way of removing it, so I gave up…

I realise my brain has had enough… yet I still have to make dinner.

But whilst doing so I managed to:

I then gave the dinner to Dave to finish (I had a doctor’s appointment to get a referral about my vision which I will talk about later) and came back to find dinner, thankfully, ready to eat.

So… if I didn’t feel useless enough before - I do now!
Hopefully it will be a better day tomorrow? 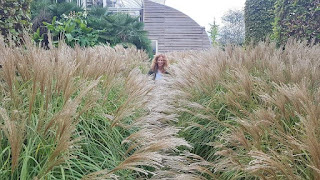