It’s lyrics again. I love the lyrics in songs probably more than I love the music. Well maybe except for when you can feel the passion of someone playing amazingly and the instrument is speaking without words instead.

Yet again it was ‘Free bird’ that got me, but this time it wasn’t the instrumental part, it was the words “I can’t change” and “…this bird you cannot change”… and at the same instant it made sense as to why this is often played as a funeral song.

Of course this won’t apply to everyone, there will be some who changed nothing had treatment and are ok, and there will be people who have accepted their death. Learned their life lessons and feel death is just a part of the bigger picture, but from the people I know who have died this seems a minority.

But there are so many stories of people with a ‘death sentence’ of all types of cancer, Parkinson’s, leukaemia, MS etc who have healed, have changed. They changed themselves. Some will have done so alongside the conventional treatments (if this feels right and healing for ‘them’, then it’s right- I had surgery after all!) But many will have, supposedly, ‘spontaneous remissions’ without any chemotherapy, drugs, surgery or radiation. Yet they fully changed their lifestyle, their diet, their toxic emotions or whatever was needed for them.

If what you are doing now has given you an illness then expecting to just take a pill, continue as before and expecting to heal is madness!


You need to change something be it your toxins you absorb or eat, your lifestyle or attitude. To expect to stay the same and heal is just insanity. As the quote says:


“Insanity is repeating the same mistakes and expecting different results.”

I know I did change after I found out I had a brain tumour. I addressed and lost many of the unconscious beliefs I had about myself and others. I cried for weeks releasing trapped emotions I had (as well as doing energy release techniques), I addressed every single reason possible as to why and how I manifested this tumour into my life. Even those emotions that hurt- a lot. I don’t believe I was a victim, I never felt something outside of me was to blame.


I’ve had this experience for a reason, for lessons (and written them in my book).

I changed my (already ‘good’) diet, I meditate, I get healings, I use the outside gym near me daily (I’d never been there before), I addressed my fears… I’m still working on them, on ‘me’. This will be a lifetime of change. Listening to my body.

Maybe more people will also realise they can change? And hopefully before they get ill in the first place. 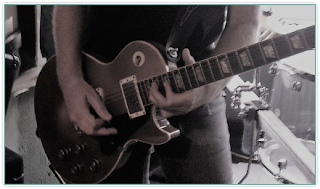 Email ThisBlogThis!Share to TwitterShare to FacebookShare to Pinterest
Labels: Change, Emotions, Gratitude, It's all in my head, Lessons, Music, Realisation, Self Love
Location: Surrey, UK