Finally!… It was one day short of a month since my scan… But I just have the news my head is:

“All fine and stable”

(… although maybe that is just the parts they can see on a MRI that are fine and stable?!…🤣)

It says on the report information that I have


“post-surgery sequelae in the right hemisphere”.


Sequelae is a pathological condition resulting from a disease, injury, therapy, or other trauma. Which I am pretty sure might be this lovely dent in the front of my head where they inserted the drainage tube during surgery.


This was the MRI image from November 2016- which I think shows it quite clearly! 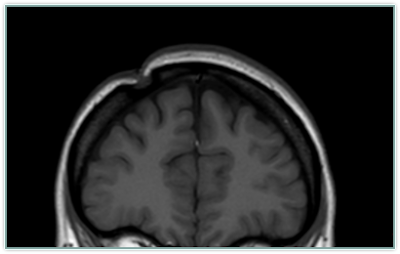 
Lacuna is a cavity or depression - so I still seem to be missing a part, or two, of my cerebellum. (The parts I like to think of as my negative areas!) I had wondered if they had all just been squashed up by the tumour, but seemingly not!

Again the MRI images I have from 2016 pretty much make this clear. The second one also shows how screwed up my neck muscles were! (Probably still are 🙁) 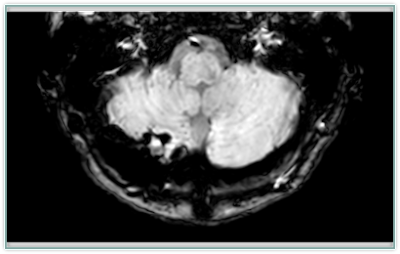 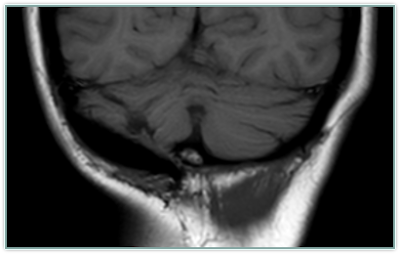 So basically I have 2 obvious separate holes in my head (as well as a smaller one where the drainage tube was inserted during surgery) and bits missing from my brain…  but other than that, all is fine! 🤣😁

But it’s been a strange thing knowing I was getting a follow up scan as well as an odd month waiting for the results… as I wrote previously I had been getting palpitations which I think were as I was waiting for my MRI to be booked.

Then in the week or so from getting a booking date to actually having the scan, I had slight headaches again at the back of my head that were even waking me at night (although on the left side, not where the tumour was) as well as odd pains and buzzes in my head and neck, plus I had felt a bit more clumsy again.


So while most of me was believing it was all ok and trying to trust, there was a small percentage that was slightly panicking. Thinking ‘Would I have to do this all again?’, although this time I also knew I could, which took away some of the fear.

Then after the scan I had a really strange headache for a couple of days just in one spot, in the numb area on the right side of my head. It felt like it was a really tender almost bruised spot that I had recently hit or something similar. But not being able to feel the area correctly just doesn’t help me much at all!

Also, last time I had a MRI I had an awful pain in my head while they were scanning me, which I managed to try and block out and stay still and keep trusting all was ok, and as soon as the scan stopped and I got up the pain just disappeared. I feel it is probably a mix of all the emotions that the possible scan result brings up, as well as me being strangely sensitive to all sorts of things…

I also noticed that so many times in the day I was thinking about my head and the feelings in it now – the numbness, pains, sore scalp, itching ‘inside’ skull, buzzing, tight neck, or that something reminds me of before or after the operation and the fear and anxiety, the fact it is 2 years since I found out about the tumour, or the coming home with the amazing feeling of gratitude – but it seems every 10 minutes or so I am fixated on something to do with my head.

Maybe this is why I’ve been feeling shattered again much of the time?

The radiographers had told me I would find out the result of the MRI within a couple of weeks and chase it if not, so I had this time frame in my mind. After the few days of headache, I blocked it out for a week or so, then as the 2 weeks were almost up, each time I heard the mail fall through the door I felt a little sick. But nothing.

Part of me is then even more reassured that ‘no news is good news’ as if there was a problem I know the scans ‘should’ get fast tracked to be reviewed further and I would have been contacted, but the other part wonders if it has somehow just got lost.

So just before 3 weeks I contact one of the genetics team Doctors (Apparently the the hospital  have decided my follow up scans are not with the neurosurgeon, but with the genetics team as Hemangioblastoma’s ‘can’ be genetic and so, despite all my tests so far not showing any genetic problems, they will still be the ones monitoring me) and she says my scan shows as reviewed but there still isn’t a report on the system.

I actually stopped worrying then, as I cannot imagine a problem would have been reviewed and not reported on soon after.

But I email her again the following week to see if it has been updated and yes, finally, I am free to forget about it, hopefully for another couple of years!