Trauma, Anxiety & How Thoughts Can Change the Experience

It was only on reading something written by another person expressing their thoughts of when they were awaiting brain surgery that day and how their anxiety and heart rate went up, that I fully realised ... it wasn't just me.

I hadn't been weak, was just an anxious person, had a phobia, or was getting stressed for nothing... But was reacting in a way that others do, probably even the majority of people do, to a serious surgery where no one actually knows the outcome until after you wake. I was scared, terrified and my body was reacting as such.


Yet why don't we discuss this?

Or the thousands of other events where you feel you will be judged if you actually dare be honest?

Rather than someone just say...

"Don't worry about feeling scared,
it's perfectly normal considering the circumstances,
I'll be here for you"
and to reassure you all is OK.

The nurse that held my hand in theatre until I was unconscious being one of these living angels. 💜

Is it any different to going to the doctor and them diagnosing you with depression or anxiety ...but not taking into account that you have just had a upsetting or traumatic experience recently?

One that you need to discuss and process before you can move on rather than just bottle up and ignore.

The thoughts in your head won't go away , no matter how many pills you take, bottles you drink or things you try to distract yourself with...

Yet society shames us for struggling.
Admitting our truth.


So we frequently don't mention we have anxiety, feel low, or are stuck in a hole not seeing the way out. Until it gets too much and we go to the doctor's to get 'diagnosed'. With a mental health 'problem'. Told that the body doesn't have the correct balance of chemicals, or some other psychological theory that's not actually proven in science (but believed by many). (see my previous post about Johann Hari's work)

Yet is it really a problem or just a way of reacting or adapting to life?

↔
If someone experiences a traumatic shock, we often need to tell others what happened. Express it in our own minds, make sense of it. Write it down. Draw an image if it, or just an abstract of the colours and words in your thoughts.

Animals often physically shake after a near miss by a predator, so why don't we cry, scream, shake or do what's needed? We do other people suppress us?

When my then boyfriend drowned when I was 17, I was given tranquilisers that night by the GP, blocking my anguish and shock. Society expecting me to be 'over it' by the funeral, after all "I was only young - I'd find someone else"...

With no one to explain the 'hell in my mind' to.

I have since learnt and realise the body is programmed to be alert for future signs of something similar to protect us. Just as it would have done with early man. So if someone was wearing a red dress or there was the smell of freshly cut grass nearby when the trauma happened, both if these seemingly totally unconnected images will possibly remind your subconscious of the trauma, and give you future signs to avoid it.

For years I hated birthdays, not knowing why. It was only when realising and fully expressing I was at a child's birthday party the day he drowned that this anxiety went. 😢

It can therefore take this understanding that when anxiety hits, 'What was near me just before it started, what it is reminding  me of?' to help release it. Rather than thinking 'I have anxiety now. I need to get away...'

I had this situation last weekend. I was at a pub watching my husband and son's band play a gig and had climbed the stairs to the toilets. These same stairs that I had not climbed for a few years.  The stairs where before I knew I had a brain tumour I could barely walk up as they made me feel so dizzy and wobbly. Knowing something was drastically wrong, yet I was told by doctors it was all in my head. When I felt drunk, but was 100% sober, and so scared.

Instantly this fear came back, but because I knew I had linked these stairs with the anxiety of knowing I had something wrong. I could almost immediately be thankful the trauma was over. I can now climb them OK. Being thankful I was alive. Know that these stairs were part of my trauma, and that could now be released.

I also can now think 'Oh that's made me a little anxious' and just accepting the fact I am feeling anxious seems to reduce the anxiety!

I again had a really good experience of this a few weeks ago. I was driving my car home alone (I had gone with my husband to collect another car, which he was also driving home) and as I didn't know the area, I was following the sat nav. Initially to the local services. It was narrow winding roads which I didn't like and as I was doing a mixture of looking at the sat nav and checking his car was behind, it made me feel a little wobbly and off balance. (I still can't easily turn back and forth without it affecting my balance)

So after 40 minutes of driving I got to the services, already feeling a bit stressed and knowing I still had another hour or so to go. (Far longer than my usual driving, and I've certainly not done this distance alone since my surgery.) I told Dave I'd follow him now, as we both knew the way and wouldn't have to look back to check he was OK.

Yet as we got on the motorway, it completely tipped it down with rain. Like the heavens opened type of rain. I could barely see his car driving in front of me. The splash-back of a lorry passing meant I was all but temporarily blind, even with the wipers on fast! I felt anxiety rise, 'I'm on a motorway, they don't even have hard shoulders any more, not that I want to pull over in these conditions anyway as I wouldn't want to get out. I have to continue, as stressful as that may be.'

But I also knew that these driving conditions would be stressful to many people. I am an OK, safe, driver. I just need to relax and be sensible.

So I turned my music up louder and started singing along. Something I knew would relax me. After all no one could hear me with this belting rain! 😂


I also asked the universe to protect me, just like it has many times before, and trusted I could manage.

We both got home fine, about 2 hours later than planned due to the weather, but we were home safely. 🙏🏻

I'd driven for 4 hours, minus a short break for some food, and been in a car for 6! Far more than I 'thought' I could drive for, but I'd never really had time to think how long it was until I got home.

So I didn't have chance to judge myself and that it was 'too much' for me. 🤔

I guess talking to others helps clarify some situations and experiences in my mind, seeking what others feel and realising that it's 'normal'.

But questioning myself and my beliefs on others is even more available and often just as helpful.

Not judging myself negatively.

Yes I may have anxiety at times, who wouldn't with trauma in their past,  but I'm not a failure because of it.

I'm getting over trauma and anxiety is part of that. 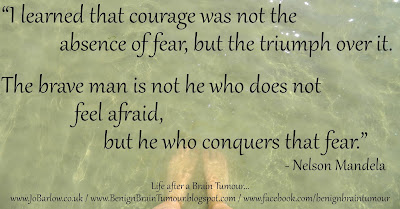