I haven't been able to write anything for ages. For the last few months I simply haven't felt able to do more than manage to look after myself day to day. Trapped in some insane hell where the rest of the world has suddenly turned into brain dead zombies.

I have managed to take the dog for his daily walk to the park, sometimes even the local woodlands, but although I had tried to get out to a few places once lockdown had finished, for over a month now I haven't even been to the shops. I can't deal with it.

These are the reasons why ...

I already have to fight inner demons to get out on a 'normal' day, the added stress of people asking me where's my mask, telling me I'm queuing the wrong way, not observing social distancing, or just people glaring at you ... Means I'd barely been anywhere for months as it was.
I was scared of needing to go to doctor's, dentists or even opticians as I don't want to follow their rules. I don't want my body temperature zapped - and it's certainly not going to be zapped on my head.
I don't want to try and explain my beliefs into a fear laden government puppet ... I find it hard to explain even the most basic things when I'm under pressure. Not forgetting that I haven't trusted doctor's for decades (even though I somewhat had to for brain surgery!) and fear their pharma based only beliefs.
So now, I don't even feel I have doctors medical 'back up' now and need to rely on myself and my knowledge. (I believe it was taking vitamins, getting out in sun, homeopathy and essential oils that got my family through corona back in March.) That said, when I did finally see a doctor they didn't even ask why I wasn't wearing a mask!
My social life ended in March - all live music stopped and with it much of my purpose and challenging and improving my coordination etc. My home educated son's meet ups disappeared, as did two of our household incomes ...
The outside gym at the park was closed for months, something I need to help improve my health, so for 4 months I was getting physically and mentally weaker. (I really didn't see why it was shut when everyone touched the park gates anyway and that was OK?! The more fit people still using it, but just jumping the fence.) It has now been shut again for the second lockdown, even though the children's playground this time is still open...🤔

At the start of September, this was a video I recorded after 1 was told I wouldn't be able to have my opticians appointment without wearing a mask. I knew this was against the government guidelines and so filmed them. Despite knowing I was correct in that they could not deny me medical treatment, I was shaking like a leaf after, so much so that they even offered me a drink!

Masks triggering PTSD, is worse than dealing with brain surgery at times... https://www.facebook.com/benignbraintumour/posts/746962076036141

My last trip out was to the post office back in October, I simply needed to get a label for one parcel, and a receipt for the other. However with the new 'corona queue' it took over 1/2 hour just to wait for the 5 or 6 people in front of me all wearing their muzzles, neatly spaced on their dots on the floor or standing away from each other whilst they still had to queue outside. I can partly deal with it that they (misguidedly) feel safer for doing this, like the fact we all go and touch the post office counter, card reader, and put the parcels in the same bag, and the people leaving had to literally walk past those queuing, doesn't make the whole thing totally pointless. 🤔

But what got me is that ... NO ONE smiled (I smiled at everyone), no one said thank you (the door was now electric, with a sign saying 'go' when you could enter and 'stop' when you had to wait as there were too many people in the shop🙄), no one made small talk (I tried), people glared at me when I said I was done paying and they could use the counter - yet as I still hadn't put my parcels in the bag (as I couldn't easily do so) I was still less than 2 meters away - and so I was looked at like I might poison them or something! No wonder the queue took so bloody long?! Plus I wasn't wearing a mask ... Shock horror ... I felt like I was walking round with a 'I have leprosy' sign on my head.

Plus, due to all the 'keep your distance' notices on the newly installed plastic screen, the post office clerk couldn't even see that I had placed a large letter on the scales and not a parcel, so tried to charge me twice the price and then had to delete the transaction and start again! It was truly a farce. Plus after standing still for this time I was getting physically tired too. My back had been hurting for several days, so I had totally ignored the dots on the floor and had needed to stand either leaning on the shop wall or at times squatting as I was in so much pain. I have no idea what others with disabilities do? Maybe just simply not go out? After all society has suddenly found it OK not to cater for them, make single way entrances and exits meaning you have to walk twice as far or in a zig zag etc.

By the time I was finished I wasn't just physically exhausted, I was mentally unable to deal with the total lack of humanity.

People are meant to smile at each other, greet each other, hug friends ... and yet under their horrid blue masks (or the supposedly stylish ones?!) they just look the zombies have escaped from a hospital. All it needed was some (fake) blood and staples and I might have well have been back in the neurosurgery ward. (Actually that was better, as the patients weren't wearing masks and they did attempt to smile when they saw you, have some empathy with each other by even the smallest of glances and smiles.)

Basically I came home traumatised and in shock.

When did people stop caring about others?

When did the act of not following the guidelines exactly as instructed mean you were outcast?

Why weren't people questioning these guidelines?

Why the hell were people following them?

When did they lose their humanity?

When did they become scared of meeting another person, or touching anything others had just touched?

Disinfecting their hands like they had just picked up shit?

Don't they know we have millions of viruses, many in our bodies at all times, and if we didn't have contact with them we would die?

Don't they think that blocking your air and breathing in from the same dirty fabric is actually recycling toxins into your lungs?

That even a small amount of lowered oxygen can cause brain damage?

Do they think the 'mask headaches' people say they have are just a harmless side effect?

It felt pointless living in a world where people lost their humanity and just walked around like empty headed drones.

Yes, masks give me huge amounts of PTSD and even walking past a group of people wearing them is stressful - It's like the world has turned into the hospital theatre. But it wasn't just that, it was how easily we have been fooled. How even Mums with babies, who rely on facial expressions to learn, were wearing masks without question, possibly affecting their baby's development forever ...

It felt to me just how I imagined the Nazi's persuaded the population to follow orders and ultimately do the inhumane acts some did against another human being... 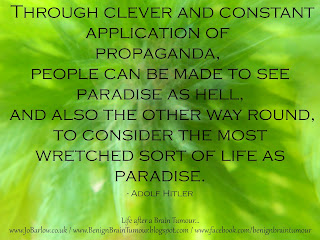 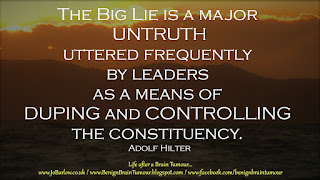 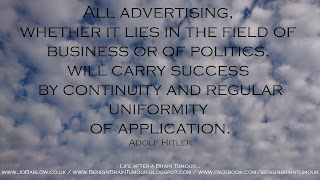 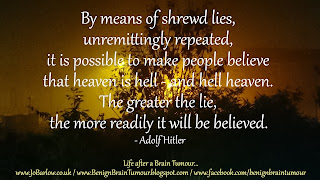 A 'healing practitioner' I know who is in his 70's wrote that in his patients he had 'only seen this before in prisoners of war, in those that have been put in solitary confinement, those who have been tortured and so on. There is fear, acute anxiety and hyper reaction to pain'.

Why are people accepting this? Just why?

There are literally thousands of scientists speaking out against the covid guidelines, saying the stats are false, the guidelines wrong, the masks dangerous, the tests useless, the deaths caused from lockdown far higher than a virus would ever kill, poverty and inequality possibly lasting decades. But still people say you might kill a granny if you go out without a mask even if you have no symptoms (just when have we passed on disease without symptoms?!) and justify it all saying 'the Government are doing their best' (no they are not, they should be prosecuted for genocide and torture😡) probably as the mainstream media doesn't give these alternative views. Have they not heard of 'Stockholm Syndrome'? 😬

And this is what scares me the most ... No matter how ridiculous the rules people haven't said, 'No, This is enough.'

You can go to work or school, but not see them after, or more than 6 of family, the masks were only brought in 'after' most of the deaths stopped, the fact the death statistics have been manipulated (and the figure was even lowered as it had been double counted at one point), that they count deaths within 28 days of a positive (flawed) test. (Surely if even half the cancer patients who die were positive with a test that just picks up any viral material this would massively manipulate the statistics?)  The fact on mainstream news we are not told their ages or medical conditions, if they had the flu jab last year etc...just deaths. How different is it to the deaths from flu or pneumonia that happen every year?
The fact they now use cases (on an unreliable test), that hospitals are empty, that many health services and operations have months, or even years, of backlog, that far too many (mainly elderly) have died alone without family there (just how are people accepting this???😭), no funerals or weddings allowed apart from immediate family...
Yet many people still don't seem to see this and follow blindly saying 'its science' (fuck the fact there are 1000s of scientists saying opposite, they are just not on the BBC )...
That scares me, that we have people too blind to see whats happening, policing each other for not 'following the rules' , even when the rules are getting more psychopathic by the day ... and the fear of this continuing if people don't speak up... 😭😭😭

Now I understand how so many Jews and Roma died ...