After my son’s dental treatment, he had a rather numb face from the anesthetic. The dentist said he would probably start to feel the top of his jaw area in about an hour, the bottom (as it needed far more anesthetic) in 3 or 4 hours.

As we left the dentist I joked with him that at least he would be able to feel his face in a few hours, half my head has been numb for 2 and a half years! I think he understood from the look he gave me 😯 …

As we were coming home in the car he was talking about it, as I replied:

“It doesn’t hurt, but you can’t think of anything else as it feels so wrong”

– Yes it took me months stop feeling half my head 24/7. I now normally only feel it when I touch my head, or catch my hair.

“My face feels heavier on one side”

– That’s a good description, right now my head feels like its pulling down more on the right, yes, like it’s heavier. “The skin pulling down is what mine feels like too.”

“It feels puffy, like my face is bigger than usual”

– It isn’t, don’t worry. Just it feels like that. After I had my operation I thought they had left glue on my head and for ages after I felt I had a layer of papier-mâché on my skull as it felt so odd. I’ve almost got used to it now.

“You can touch it and know you are touching it, but you can’t feel much at all, or it doesn’t feel in the correct place”

– Totally, I can touch a part of my head and it feels like I am touching it in three different places! It’s very weird and really hard to describe.

“I don’t want to do Judo like this, good job its tomorrow, as I don’t want anyone to touch it and also I wouldn’t know if I hurt it”

– I know, I don’t like this. That’s why when I dropped the car parcel shelf on my head I kept asking Dad if he could feel a bump- as I know it would hurt if I hit it on my head, but all I could feel was the same odd feeling as if I had touched the area. No idea if I could have hurt myself (and why I took some Arnica in case I did bruise it)

– Yes, it’s really hard to do anything and feel your body is aligned. You feel crooked even when you are standing or laying straight.

…and we got home, got some homeopathy to put in his water, and sat on the sofa for a while having a hug while watching TV.

It's funny how children can make you feel better about something? Maybe as they are totally truthful and direct? Maybe they just don't care as much what others feel? 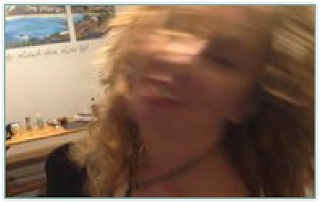