Last weekend was busy. We went to Littlehampton to see my aunt and family and have a bit of a break.

We had a quick trip to the beach on Friday, and for the first time since last October I was back on a beach. 😊😍 Though this time it was 1000x better as I was bare footed and warm, instead of cold from the rain and wind. It was so calming, even if we weren't able to stay there for very long that evening. 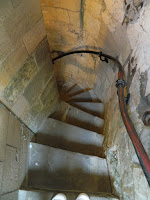 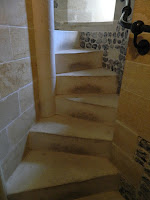 On Saturday I went to Arundel castle with my husband and son to watch their battle reenactment event, as well as looking around the castle and climbing the keep.

I have no idea how many tiny, narrow, curving steps we climbed, but I was very impressed with how much my balance and coordination had improved as many of these steps were extremely steep, irregular and worn - yet not once did I trip! 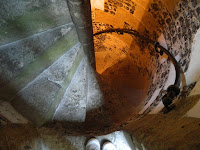 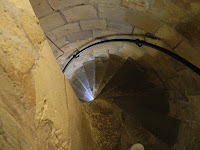 Believe me that after once not being able to do this (or even walk in a corridor without walking into walls, or generally bumping into people) -
I was very appreciative that I could now do so.


I also managed to climb to the top of the keep, take pictures and look down - without my legs going weak at the knees, wobbling or feeling sick! 😁 Again a very strange experience as I have never liked heights... I am the sort of person who can wobble standing on a chair as it's too high 😵 😂 Yet here I was several stories up, even on wooden plank flooring that I could see through, and not only did I feel fine I was able to take photos!😲 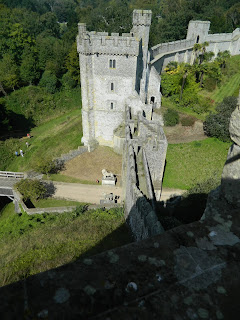 Although with this climb, and afterwards walking around the tents, up and down the slopes looking at the various stalls, I did feel a bit shattered. Yet I simultaneously also realised that it was about 30 degrees and everyone else wanted to sit in the shade too.😁 But I felt normal. For the first time in over 3 years I felt 'me' again. 💖

In fact I felt better than the 'fatigued normal' I had been used to from long before my op. As I never would have been able to do this for a few years before I knew a thing about the tumour...

That evening I also managed to beat Roan at a game of pool, plus play (a newbie version) of table tennis for 10 minutes. I don't catch balls. I cannot coordinate. Yet I managed to hit it most of the time and even catch the ball in my left hand if I felt I couldn't hit it. 😲 I decided my left hand was far better at catching than my right side. Although I am right handed my tumour was in my right cerebellum which (unlike the rest of the brain) links to the right side of the body, and well - I have a gap or two in my brain. 😂

A couple of days later, and despite bank holiday traffic chaos trying to stop us getting a parking space, we were able to get back to park near the beach. We had decided to go to a boating lake where they had pedalos. It had seemed like a good idea until I realised how hard they were to actually pedal 😂 but clearly using the reclining bike at the local outside gym had helped as I managed our allocated 30 minutes with my legs only feeling slightly achy after! Even if we did occasionally let the boat float gently for a few seconds. 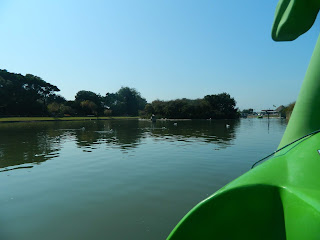 But.... I went on a boat!!! Me... on a boat. 😲😁 Yes it was on a lake and not the sea, but (again rather pathetically) I used to feel nauseous floating on a lilo in an empty swimming pool. 😂 Yet not once did I feel nausea or wobbly or anything. Just how much had my tumour unknowingly been affecting me for years? 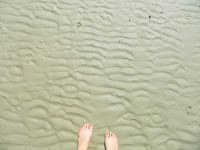 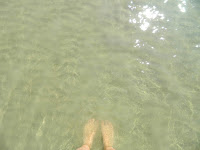 After this we then went to the seafront, where to Roan's amazement, the tide was out. So there were several metres of sand to walk on, and a very shallow sea for quite a distance.
Putting my feet in the stones, sand and sea - just grounding in nature.


And the sun was gorgeous. 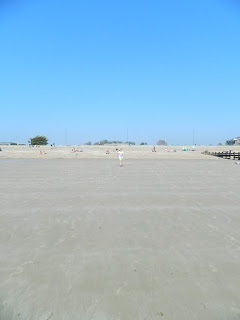 I need to do this more often.
I need to feel nature.
I crave the calm and the peace...

I so want to move from the constant reminder of having a brain tumour.
Somewhere I can reconnect with the earth.
Reconnect with me.