Health Ombudsman Complaint Is this service honestly here for the patient?

Today I have finally written a formal complaint against the official reply letter I received from the health ombudsman about my initial concern and complaint that my GP’s failed to diagnose my tumour.

The ombudsman apparently found there was no wrongdoing- apart from my surgery failed to remove my staples!  My reply is a little long and confusing so I will try and break it down into different blog posts… but here goes with the gist what I wrote. This is the basic outline of the letter:

"Sorry it has taken me so long to reply to your letter, but my husband called you shortly after we received your final report that we were totally dissatisfied and disgusted with. We were then somewhat in shock to realise that

YOU gave me the ‘summary points’ as to what you would review and these very same summary points were ONLY what could be taken into account for you to review after this, ignoring my main complaint points against Giggs Hill surgery.

It basically feels like a total farce and a waste of both of our time.

I have since felt rather disheartened to start again with the complaint, as each time I need to re-read it all or I forget some of the issues that I want to make, as my memory isn’t as good as it was before brain surgery and it is very emotionally exhausting re reading how you very nearly died and just how many warning signs the GPs had, and ignored.

We have also been waiting for Giggs Hill/Glenlyn to send us copies of my medical notes and also the ‘significant events analysis meeting’- the last of which after several ignored phone calls we have had to formally request under Freedom of Information act and are still waiting for.

We were also not made aware that I should have asked for my medical records before or during my initial complaint to you, but only got told this when we phoned to ask how do we complain about your service, the final report and the lack of response to my concerns. Surely this should be on your online guidelines or initial reply letter? After all you know what steps need to be followed as you do this every day, I have never complained to the health ombudsman before, nor had a significant illness and brain injury. Are you there to fully support the patient or not?

I am not also sure why I, as a patient, should be researching things like NICE guidelines on what testing should be done for the symptoms I had? Surely that should be what the health ombudsman should be doing for me… not seemingly wanting me to give all the information until you can no longer deny that the GPs made mistakes!

We both feel it needs to be made FAR clearer when you are coming up with the summary that these will be the ONLY points on which the complaint can be addressed. At no point during the phone conversations I had with your staff was I made aware of this. If I was aware I would NOT have agreed to only having the 6 summary points, would have clarified what can be covered under each point, plus would have asked for these summary points to have been in writing so I could digest them better and ask my husband for support.

For example under point 1 ‘Mrs Barlow complains about the care and treatment provided by Glenlyn medical centre from January – March 2016’, I assumed that this would include ALL of the meetings, treatments, referrals, drugs offered, time it takes to book appointments etc that I had with Glenlyn between these dates- but this is clearly not the case!

I have also had 3 different people who dealt with my case- Iqraa S (who I spoke with initially for 60 mins or so on the phone and she went over some of my concerns and clarified the initial complaint letter), then Gemma M and finally Charlotte C. At no point was I notified if this was normal practice, my case was being moved to a different department, or the staff left or were both working on my case etc. I just received another brief phone call from them when they wanted further information. In fact with one of these changes of caseworker, I called up to see what was happening with my complaint and was told that another person had taken over.

None of them called to ask if I would prefer to be called by phone or emailed. Which would have definitely have been mail or email- as I still struggle with memory and understanding since brain surgery, and email gives me time to digest it and reply clearly. Plus the phone line was often too quiet for me to hear well. This is surely against your own recommendations and what your customer service said I should have been offered"

"Despite your previous finding that the only mistake that Glenlyn had was not to remove my staples when I asked, please read all the info above and

tell me to my face that there were no other mistakes made?

From what I was told by the neurology staff at St Georges Hospital, when they brought my already urgent operation date forward a week due to my increasing brain swelling and fluid, I would be likely to have a stroke within a couple of weeks if I didn’t have urgent surgery. Several of the staff agreed that having a private scan probably saved me from that, or even death and expressed their concern and shock as to how my symptoms got ignored. Maybe I didn’t look ‘ill enough’ as I know one registrar expressed surprise at how well I looked after seeing my scan.

Yet from the mistakes by my GP’s on the NHS I still wouldn’t have even seen the neurologist by the time I had surgery. Even if they did then offer scans and surgery that same day it would have still put me in this dangerous life threatening position!

How can Glenlyn say that they did nothing wrong when basically it boils down to the fact that if we hadn’t paid privately I could well have had a severe life changing consequence - or be dead? They would have been paying out a little more compensation to my family than the costs I asked for…

That is what this case boils down to- two doctors failing to diagnose my severe symptoms, offer me an MRI or urgent referral for a very major, albeit rare, problem that could have killed me if I had not had parents who paid for a private Dr who all but instantly suggested I needed an urgent MRI.

Isn’t this exactly what we go to our GP for?"

…it actually scares me. How many people have died because they were ignored like this when they saw their GP with similar symptoms of a brain tumour? I was ‘lucky’as brain tumours go as mine was benign and this 3 month delay didn’t give cancer a chance to become untreatable with surgery. Mine was able to be cut away. Others are not so lucky as I want ALL GPs to understand what the symptoms are for brain tumours, so they don’t ignore or treat any more brain tumour patients as a hypochondriac 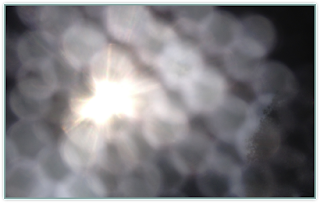