Part 2 of my complaint about my complaint to the health ombudsman… I have listed only a couple of the summary points at a time, so I can include my comments I gave about each summary point in the same blog post.

The points I want changed or reinvestigating regarding my complaint against Glenlyn are: (although I have tried to write what I feel are the summary points here- I wish ALL the concerns I have in the WHOLE of this letter to be covered under one of these summary points and all of this letter deemed relevant- please tell me if they are not covered and I need to edit them)

1) As I asked on my letter dated 17/8/17: re Summary “Point 2) Please can you change this to:
“I am concerned that the practise refused to refer me to a neurologist upon request on two occasions."

2) “I am concerned the practice did not pick up any of the signs of a brain tumour despite them being almost text book signs.”

Regarding point 1 above. I know that both times I saw Dr Vo she refused me an appointment with a neurologist, despite me requesting one at both the appointments.

My husband was also with me in these appointments and heard her say she would not refer me. The reasons being she had not ruled out lesser issues which meant I needed to have an x-ray and then take painkillers to follow ‘her’ protocol (I cannot see this is any medical protocol).

I was not advised by her to keep a symptom diary or do anything else to show that I needed a referral.

I know it was written on the reply letter from Dr Strickland that Dr Vo didn’t recall refusing my requests for a neurologist, but why would a GP write she refused me as it will only get her into problems if I was right in needing the referral. (Which is the case)

This disregard and my extreme concern of what was happening to me was the reason I took a complete list of all the possible symptoms that might be even remotely related to Dr Milne when I saw her.

Regarding point 2- as I wrote on my last letter: “It says on ‘The Brain Tumour Charity’ website:

If a brain tumour is located in the cerebellum, symptoms may include difficulty with: Balance, A loss of co-ordination, Difficulty walking and speaking, Flickering of the eyes, Vomiting, Stiff neck, Problems with dexterity (skills in using your hands)

Headaches associated with brain tumours are usually severe, throbbing, worse in the morning (you may wake with one) and aggravated by straining or coughing.

I had, and told the doctors, that I had- Loss of balance, loss of co-ordination, difficulty walking and speaking, feeling my eyes were flickering when my headache was bad, stiff neck, changes in vision and if they had asked would have said I had problems with dexterity, nausea and tiredness.

I am also very concerned that it says: Headaches associated with brain tumours are usually severe, throbbing, worse in the morning (you may wake with one) and aggravated by straining or coughing as I felt that the headache and dizziness being worse with coughing etc was an issue and made sure the doctors knew this. Plus I was waking at night and the morning with headaches - when I never suffered from headaches previously.

- Details are below, along with added highlights showing how almost each of the comments I had written were symptoms of a brain tumour.

Loss of balance- feel I am on a boat. Hit objects as I walk past, or think I will. B, C W
Legs feel wobbly and weak. T B W D
Hurts when I turn round too fast/far (parking car is hard) then get dizzy B N D
Occasional tingling/numbness in neck and head. (like been laying on something hard) N
Tightness on top of head, or back of head (between ears, above or behind) H N
Squinting to focus straight. V
Back of head and neck (atlas joint?) pounds at times. Definitely hormonal (started during period and bad with each since- could feel around eyes too) H N
Head pains seems worse if I sleep wrong (on front with pillow, or tip neck up and back) H N (medical literature clearly states “Headaches associated with brain tumours are usually severe, throbbing, worse in the morning (you may wake with one) and aggravated by straining or coughing”)

Both headache and unbalance worse when cough, sneeze or strain. (if I put my head against the wall it seems ok!) H N (medical literature clearly states “Headaches associated with brain tumours are usually severe, throbbing, worse in the morning (you may wake with one) and aggravated by straining or coughing”)
Occasional headache on front top of head. H
Started neck pain when painting ceiling, but vertigo started getting bad a month or so after this. B N

Symptoms for a while

Occasionally- Struggle to balance self with eyes- walking seems jolted and makes me feel unbalanced. V B C W
Travel sick and feel weak and wobbly after a drive. V B
Blurry eyes & floaters (had checked out my Kingston Hosp ages ago and optician) V
Lights blind me – sun or car headlights in dark V
Find myself pushing imaginary glasses up to see better (I had glasses for years) V
Had odd tingling episodes- was checked for carpel tunnel years ago. Plus have felt similar in legs to when all hairs been pulled out after cranial therapy
Occasional issues swallowing (keep wanting to swallow)
Occasional twitches, where I can feel a muscle tightening up and twitching, esp when stressed/nervous/cold. T F (I also wonder could these have been mini seizures?)
Clumsy! C D

Can I rule out?

Brain tumour or problem? (this was MY main concern… as even I knew I had several symptoms of a brain tumour …and I am not a Dr)
MS?
Chari malformation? neck pain, balance problems, muscle weakness, numbness or other abnormal feelings in the arms or legs, dizziness, vision problems, difficulty swallowing, ringing or buzzing in the ears, hearing loss, vomiting, insomnia, depression, or headache made worse by coughing or straining. Hand coordination and fine motor skills may be affected (this is a cerebellar disorder- so hence why many of the symptoms were the same)
Dyspraxia? (I have most of the symptoms!) can I get tested?
Irlen Syndrome? Some eye symptoms. Physical problems- Headaches & Migraines. Dizziness. Frowning. Mood swings in certain environments. Nausea. Sore, dry, red or watery eyes. Squinting Strain and fatigue. Stress from computers, reading and lighting. Tiredness. Stress. Panic. A feeling of disorientation. Restlessness. 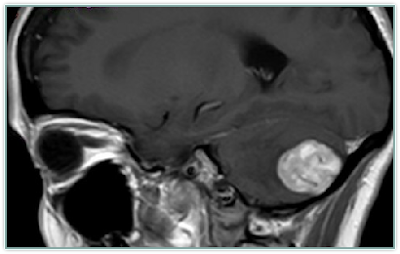