OMG! I was just looking at my notes to see if I knew what type of gadolinium I had with the private MRI - at the time when I found out I had the tumour. (The letter doesn't say and this topic is on another blog post here )

...but I re-read the letter from the neuroradiologist that I was given after the scan and it says


"there is cerebellar swelling with protrusion through foramen magnum .."


So I google it, to find out it's basically the same as Chiari malformation (although obviously my protrusion was caused by the tumour) ....


....so I am sitting here f'ing livid and even more annoyed with the health ombudsmen!!!😤😡

I had GIVEN my GP a letter with all my symptoms also saying I was concerned I had Chiari (as well as a Brain Tumour!) as my symptoms were so bad when I strained or coughed etc and I had found out this was linked to Chiari...


MY letter to my GP said this..


"Can I rule out?
Brain tumour or problem?
MS?
Chari malformation? neck pain, balance problems, muscle weakness, numbness or other abnormal feelings in the arms or legs, dizziness, vision problems, difficulty swallowing, ringing or buzzing in the ears, hearing loss, vomiting, insomnia, depression, or headache made worse by coughing or straining. Hand coordination and fine motor skills may be affected"

(my full complaint letter is on this page)

So... I basically gave TWO doctors ALMOST ALL the symptoms of Chiari AS WELL as a f'ing cerebellar brain tumour (the only thing I had none of was vomiting)
AND I had ALSO given the last GP these symptoms on paper to read after I had left surgery, so she knew what to refer me to the Neurologist for.

I had also asked two of the doctors I had seen in person (and again put on paper with the last doctor) if I had 'a brain tumour or Chiari'... both said "not likely" along with a sarcastic 'don't be stupid' smile ... but I f'ing did have a brain tumour AND Chiari!!!😡🤬😡🤬

Yet even with this this final GP having this information, she only referred me as NON URGENT to a neurologist... (of which the appointment would have been after my operation date if I had not had a private scan...)


... I am totally disgusted with the health service and ombudsmen today...
I will be calling them tomorrow to see WTF is happening, if anything...
THEY CANNOT keep telling me the GPs didn't fail me...
its f'ing lying to protect them if they do... 🤬🤬🤬 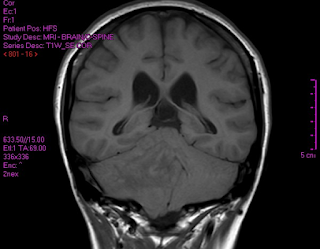 UPDATE after the call to the Health Ombudsman -
Apparently they are still reviewing my case and right now the person dealing with it is away as having an operation, and they will be back next week. 🙄
They will be called again.

Also I will be asking if my case has anything to do with why the final GP I saw is now "Registered without a licence to practise" on the GMC website??