Please don't say this to someone after brain surgery...

I know I don’t process things the same as I did a few years ago, events and conversations now replay in my head until I work them out. Sometimes it can be a few minutes later, sometimes it’s a few weeks!

This one has been going round and round my mind…

When I was out several weeks ago the person I was talking to has known me for about 5 years, they knew I had a brain tumour removed and also knew from talking to me previously that I still had some side effects. But they aren’t a close friend and as far as I know haven’t read my book or blog and probably sees me as being ‘back to normal’ as, in their eyes, I do what I did before when I occasionally see them.

I had for some reason mentioned something about ‘saying the wrong word again and it not ever being the same since I had my surgery’. I wasn’t after sympathy, just understanding. Clarification. As I often feel very self-conscious and judged that I can start saying the wrong things and appear drunk or stupid at times, especially when I am clumsy too. If someone doesn’t know my reason why, then I am sure they are judging me negatively.

But instead of understanding, the person said:
‘You can’t always blame it on that you know’,
and awkwardly laughed.

I laughed back and walked away ...  Trying to decide if this was meant as a joke, as a way of saying ‘you are no worse than the rest of us and we all do similar', ‘stop going on about it’, that I ‘should be ok and over it’ now, that I was in a pub and no one else there would even notice, or even implying that I have always been stupid?!  😝

But the words were still festering in my head…

I hate having to try and explain something quickly, to be asked a simple question or give a quick reply. I almost always feel an idiot when I open my mouth. Judged as stupid. When I am not so rushed and am not stressed I can have hours where I feel in control.

Yet the times when I hate it, I want to tell people the reason. So they might realise my brain is maybe not working as perfectly as it should, not that I am stupid or it isn’t working at all. So they know I’m not drunk, and they can't say things I won’t remember…

Why can’t people talk honestly with me? Ask about how it makes me feel?

I am sick of people saying


‘No one would know’

… of course they would if they gave it more than a few seconds thought. I guess yes they might not know I had a brain tumour, no one can see that scar, but surely they would know I have ‘some’ kind of issue at times? 😬


But then it seems there are two different approaches from people who know you have had health issues:

One is where someone (and it doesn’t even have to be a close friend, but someone who knows what happened) walks up and says:

How are you doing? How is your health?

And possibly even adds in the phrase:

And how are YOU (dealing with it) now?

The other type is where people ignore you, pretend nothing ever happened, that nothing is wrong now and act like your life smells of roses! If you mention something about your health they don’t want to hear, or cannot face, then the act like they haven’t heard you, quickly change the subject or give their opinion while not listening at all.

“I had vertigo once for a few days, it was horrid”

“Just have a drink and forget about it”

– maybe they are meaning to be helpful (I try and take it that way!) but sometimes I want to scream…

“Seriously? I spent 6 whole months feeling drunk 24/7, not able to eat without spinning, laying down at night and feeling the room move, watching TV gave me nausea, unable to ever 'sober up' before it started again.

I wanted to focus but I couldn’t, yes my body acted drunk but my brain wasn’t inebriated – it was desperately trying to control the situation, to control the panic.

Do you SERIOUSLY think I want to drink to FORGET it???”


But this said, I don’t think many people do think, and even less want to upset you on purpose. I just don’t think anyone can truly understand unless they have been there or somewhere very close…

But please, if you are ever with anyone who has a health issue and mentions something, just say

“How are you managing at the moment?”


Don't ever say "Have a drink and forget about it!" 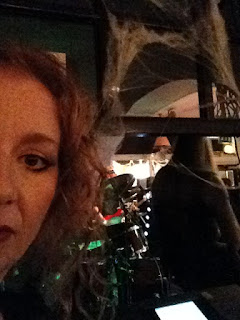